In Search of the Lights

I’ve just returned from what has become in less than a decade one of our most cherished Christmas traditions, one that encompasses nostalgia, bittersweet memories, a road trip, and history.  It was a visit to Frankfort, population 16,500 or thereabouts, seat of Clinton County, Indiana.  Founded in 1830, Frankfort (named in honor of the Frankfurt in Germany) boasts an impressive 1882 courthouse–and a high school whose athletic teams are the Hot Dogs.  The city government is now housed in the once-endangered old high school, fondly known as “Old Stoney,” a massive Romanesque Revival edifice constructed in 1892.  The county historical society’s museum occupies the second floor. 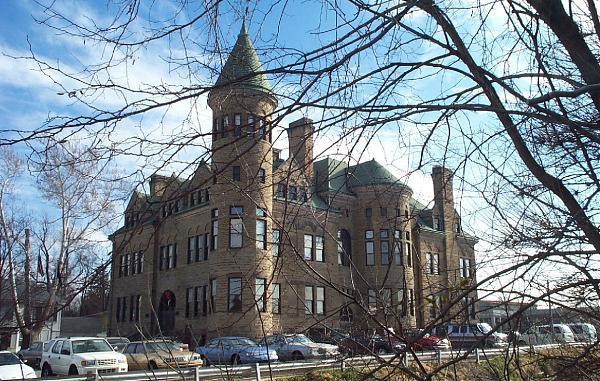 The park, dedicated one hundred years ago, is a gem, laden with history, several examples of New Deal construction by the WPA and NYA, a petting zoo and aviary, and an intriguing little former fountain by sculptor Jon Magnus Jonson.  Every December, however, the park undergoes a magical transformation into a Christmas fairyland.

Let me say that I have always loved the lights of Christmas.  There were not that many in the rural community in which I grew up, save for a huge fir across from the elementary school that a group of homeowners in the area always strung with hundreds of lights.  Going into town (South Bend or LaPorte) and seeing the many colored lights on houses and in trees at Christmas time was a joy.  Later on, traveling through the lonely December landscape after a visit to my mother, I was always heartened by the occasional brave displays on isolated farmhouses and especially cheered when going through small towns.  When she came down to visit me at Christmas, we often drove around to the fancy neighborhoods to ooh and aah.  (This was before the computer-generated, music-coordinated flashdance travesties one sometimes sees today.)  Later still, my mother, a former WAVE in World War II, moved into the Indiana Veterans Home in West Lafayette.  I visited her weekly and when December came, took her for drives to see the lights.  As Mom’s health worsened and the visits became more painful, I sometimes took alternative routes home to clear my mind.  It was on one such meander that I passed through Frankfort and caught sight in the distance of Christmas lights in TPA Park.  As drawn to it as the proverbial moth, I was astonished at the wonderland this little town had created.  It was just what I needed.  Happily, I was able to take Mom to see this vision before she was unable to get out at all.  It was so incredible, all the more since Frankfort is such a small city.  And they do it every year.

It is difficult to convey the scope of this effort: eighty-five acres filled with over a million lights!  All the buildings are transformed; one–at least by night–becomes a crystalline castle. Throughout the park the trees are all strung with various colors; it is a fantasyland, and I am a child again and yet old as time.  The displays are amusing or sweet, and many are animated.  (I especially like the dancing Hot Dog at the park entrance.)  The Twelve Days of Christmas are each illustrated with appropriate figures (the four calling birds sit on telephones); Santa appears in numerous fanciful tableaux, and one may drive beneath a gigantic holly wreath arch or through a lovely tunnel of lights.  Of course, there is a manger scene.  A Star of Bethlehem shines over all.  The electric bill is astonishing.  Created mostly with donations and volunteer labor (including Santa himself, passing out candy canes), the holiday display is maintained through New Year’s Day..  Within the park is a modest little coffee shop serving hot drinks, delicious soups and sandwiches–and the place was packed, filled with families and multiple generations of people, most of whom were smiling.  Folks come in droves.  We’ve gone in snow, when the sparkling lights are multiplied in the crystals, and in rain, which diffuses the colors into a dream.

This time it was warm, and I had the window open to let in the wonder.  I could feel Mom’s presence and all those Christmases past and all that is special about a small town–and something more.

I’ve included no pictures; none could capture it.  You’ll just have to see it for yourself.

(But here’s their website:  Frankfort Indiana Holiday of Lights.)

This entry was posted in On the Road Less Taken..., The Past is Ever Present... and tagged Christmas, Frankfort Indiana, nostalgia. Bookmark the permalink.

4 Responses to In Search of the Lights